Orp Industries has  always talked about building a running version of their innovative  bike horn/ light product, and finally with our help, they’ve done it.

The Runners Orp or “Rorp” is for runners, walkers, hikers and boarders of all  types. The big idea, of course, is to make  pedestrians more visible by being more hearable, but the  Rorp can do more. Runners and walkers who use nights or  dark early mornings to run and walk not only have a beacon to be seen but also a very loud horn to let any would be attackers know their attention  is unwanted,  and if that’s not enough, an accessory cranulator (machined aluminum) is available to cause  more serious damage.

The Rorp has a gumby-like malleable metal armature in its body so it holds on to you, works for small and large hand sizes and  features a dual tone horn,  just like the bike Orp, and the actuator is  always under thumb. The Rorp is symmetrical so works on either hand.  Multiple light modes including  highly visible green LEDs. The LEDs fire every time either horn is fired.

After a friend’s kid got  hurt while playing with a stick, we had an idea. Why not make a safe stick? All kids love sticks, right?! SofStick is that safe stick. Made from elastomeric bead foam (think  that molded packing foam that protects your new iMac), Sofstick provides all the fun of a real stick without the stabbing risk. Also, SofSticks float so can easily be a replacement for a foam pool noodle and be an all season toy. We designed a 46″long sword size SofStick and a thicker SofLog version.

A very clever guy came to FUSE with an idea.   A better way to set up a grid of rebar that floats within a slab of concrete. This wasn’t a totally new idea,  but Kerry, the guy, had a host of improvements he wanted to add and he had a plan to make these really sell. These concrete chairs turn the  painful time eating chore of setting up a grid of rebar into literally a snap. The rebar just pops into place at just the right height.Our job was to make them super strong and super cool. We made them feel like the super utilitarian future  by instituting this octogonal theme throughout the structure.  The octogonal base not only provided visual branding  but also helped with keeping the  rebar layouts in the field  straight. FUSE  designed all 27  variations that accomodate different sized bar and different heights. FUSE also redesigned the BIP logo along the way.

HP came to FUSE to get help creating a control station for their almost battle shipped sized Page Wide Web Press , the T1100S. This  super sized printing press uses arrays of HP’s patented Ink Jet technology and applies it to a web (paper substrate) that is up to 110″ wide by literally forever. This sort of printer creates the 4 color images one would see on a corrugated box. The print is laminated to corrugated or other substrates in a finishing operation.

Our job was to come up with a work station that would encompass an array of monitors that not only control  the print job but also monitor multiple live views of the print/machine in progress and provide an expert system database if any adjustments or repairs are needed to the printer or the print.

The Pillar design includes a flip down keyboard tray if needed and is modular should an HP customer want more than 3 monitors. Of course,  our design would need to compliment the T1100S and  be built in materials and processes that reflect the  relatively low production quantities.

We were told the operator of this printer would never be sitting  so we created a Pillar of adjustable and replaceable touch screens.  The Pillar design includes a spacer that can be added or omitted should the operator be short or tall in stature. To house the hardware that runs the control station, we created a cabinet with cleverly disguised filter vents to avoid the accumulation of the paper particles that live in this environment. This project premiered at the  DRUPA show in Germany in 2016. 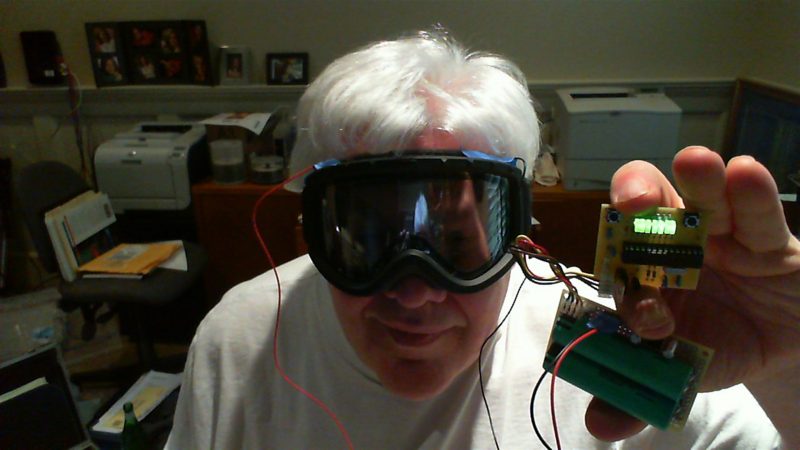 Orp was  developed after a spate of fatal right hook vehicle vs. bicycle accidents here in Portland, Oregon.  It seemed like there had to be a way to make bikes more visible to drivers. It seemed a a loud horn could make this visibility happen.  Also with this digital platform we could design our own sounds and have multiple sounds. We were really excited and started with just a dual tone horn but got a big “meh” from targeted users. When you look at the circuitry it got us thinking, it would be  really easy to add LEDs wyhout adding a whole lot of volume.

Adding the lights  made Orp much more intriguing. You ve got to have a light, right?  With a slew of positive feedback we launched a Kickstarter campaign and  it did fairly well. Our media coverage  during the campaign and after production was amazing. Highlights included the TODAY show, Wired and the Wall Street Journal.

It took a year to get us to production Orps. We went to the factory twice during that year. About a year later we introduced  the REMORP-Orp’s Remote.  All Orps were built Remote Ready. First year sales were amazing and  included the Museum of Modern Art Store.  There are around 35,000 Orps in the world and  still  its growing.

Furilla  started life as a gift for a friend but then that friend’s  friends also wanted Furillas.  Next, FUSE had several projects to enter into the IDSA IDEA competition and  we thought Furilla would be a welcome reprise from the more serious ID products the judges would evaluate. Unexpectedly, Furilla won a Bronze.  With this small bit of  notoriety it seemed like an OK idea to launch Furilla.com, a website that would sell Furillas. Soon enough Furillas ended up all over the world.  Furilla was fortunate to slide into then unknown to us blossoming designer toy trend. Furilla  got picked up by several media outlets and was sold at KIDROBOT and  even had a premier at Chicago’s ROTOFUGI. Above is totally a cover story. The real story involves  invitro fertilization and a freak accident.

Late in 2005  KIDROBOT  decided they wanted to license Furilla and build production in Asia. We were on board but then the project hit a snag when the pricing  swelled beyond feasibility.